Traditional indigenous dancers came to celebrate District 196’s Native American seniors and students during an honoring ceremony and powwow on May 14. The powerful sounds of drumming, singing and jingle dresses filled Central Park in Rosemount.

Each year, the District 196 American Indian Education Program hosts a graduation honoring ceremony. This event in addition to the South of the River Powwow when grads from around the south metro are recognized. The District 196 honoring ceremony is not just an event to celebrate academic achievements, but it is also fulfilling a program goal of improving graduation rates of indigenous students in Minnesota.

At the ceremony, each graduate was presented with a graduation stole that they will wear with their cap and gown on graduation day, a medicine wheel and an eagle feather.

VIEW PHOTOS FROM THE EVENT 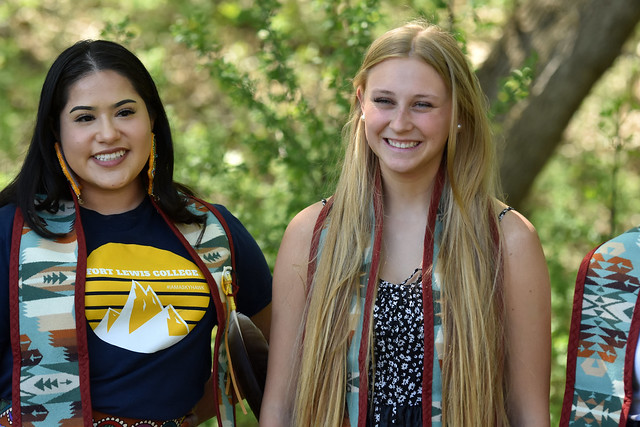